Abortion still devastates the African-American community at an alarming and disproportionate rate, but black pro-life activists are fighting for lives

Ryan Bomberger isn’t unaccustomed to criticism when it comes to talking about race or abortion. As president of the pro-life Radiance Foundation, he meets hard pushback against his blunt media campaigns spotlighting the tragically high abortion rate in the African-American community.

It’s not that abortion is a minority problem: A Pew Research Center survey in 2018 reported that 60 percent of black adults and 61 percent of white adults say abortion should be legal in all or most cases. Forty-nine percent of Hispanics agreed.

Support remains high across the spectrum, even as the Centers for Disease Control and Prevention (CDC) reports abortion rates fell 24 percent over the last decade.

Still, abortion numbers remain tragically high, and they remain particularly steep among African-Americans: The CDC reported black women had an abortion rate of 25.1 abortions per 1,000 women. (White women had a rate of 6.8 per 1,000.)

In New York City, hundreds more black babies died from abortion than were born alive in 2016. In years past, that number has been in the thousands.

That makes pro-abortion propaganda in minority communities even more alarming. In 2017, Planned Parenthood tweeted, “If you’re a Black woman in America, it’s statistically safer to have an abortion than to carry a pregnancy to term or give birth.”

While it’s true that rates of infant and maternal mortality are much higher in the African-American community, it’s also insidious to imply abortion is a safe alternative for vulnerable women.

In his presentation at Wheaton College (see sidebar), Bomberger noted former Planned Parenthood President Cecile Richards tweeted outrage about violence against African-Americans in U.S. cities when she said, “There are no words adequate to express the outrage and grief—stop killing Black people.”

Bomberger agreed the loss of any life is tragic, but he noted the irony of Richards’ dismay: “She is the abortion mogul of the nation, leading the organization that is the leading killer of black people.”

Outrage is understandable, but Tami Dalger, an African-American pro-life supporter in Montclair, N.J., also tells vulnerable women about sorrow. Dalger, 53, is now a married mother of six, but decades ago she had multiple abortions.

During her last abortion, the realization she was taking a life nearly crushed her. “I was almost in hysterics on the table,” she says. “The doctor assured me it would be OK. And I went ahead.”

Now she thinks about her unborn children the way King David spoke about losing his own son shortly after birth. “The child cannot come back to me,” Dalger says. “But I will go to him.”

Many African-American leaders were once solidly pro-life. Today, black pro-lifers swim against a tide of pro-abortion activism and entrenched difficulties in some of their communities, but they’re also finding truth and compassion can make headway.

THE MESSAGES ON BILLBOARDS AND SIGNS that popped up around Cleveland in early 2018 purported to offer compassion and truth from Preterm, Ohio’s largest abortion center, but instead announced tragic messages:

They also noticed something else: Many of the billboards popped up in predominantly black neighborhoods. Preterm’s own website declares: “Because of racial injustice, women of color are more likely to need abortions. … For us, reproductive justice includes racial justice.”

Ryan Bomberger’s group, the Radiance Foundation, joined local pastors and pro-life groups around Ohio to respond to the signs. They set up their own billboards:

Pro-abortion groups reject the idea of abortion as a form of racism, but pro-life advocates have noted a high percentage of Planned Parenthood centers operate within walking distance of black or Hispanic communities. Planned Parenthood disputes how high that percentage reaches, but no one disputes African-American mothers obtain abortions at a higher rate than other groups of women.

Whatever the motives, abortion centers cultivate a substantial customer base in African-American communities and raise funds to make abortions cheap or free for women who can’t afford them.

Groups like Preterm say some black women can’t afford to parent children. Pro-lifers know women need material help to care for children both before and after birth, and a network of pregnancy care centers and maternity homes help meet many such material needs each year.

Roland Warren, an African-American and the president of Care Net, a network of 1,100 pregnancy care centers around the United States, says communities with high abortion rates also have deeper needs.

Noting the high rate of unmarried mothers in African-American and other communities, Warren says a key to helping women decide to keep their children is helping couples pursue marriage, so a mother and a father can be in the home. In the cases where that doesn’t happen, mothers need to know they have a network of relational support beyond childbirth.

Back in Ohio, Preterm continues with its campaign to disciple women toward abortions, despite the loss involved. Those losses include at least one mother: In 2014, Lakisha Wilson, a 22-year-old black woman, died of medical complications related to her abortion at Preterm. A county medical examiner ruled the abortion center wasn’t at fault.

IN THE 1970s, African-Americans were among the first courageous voices decrying legalized abortion. Mildred Jefferson, a surgeon and the first black woman to graduate from Harvard Medical School, helped start the National Right to Life Committee in the 1970s.

Childress, the New Jersey director for the Life Education and Resource Network, was one of several black pastors who called for the Smithsonian Institution to remove a bust of Margaret Sanger in 2015.

The pastors noted Sanger’s founding of Planned Parenthood and her eugenic views, as well as her Negro Project that focused on birth control for African-Americans.

In 2016, some pro-life activists began using the phrase “all lives matter” in response to the Black Lives Matter (BLM) movement. BLM leaders responded by announcing solidarity with pro-abortion groups.

At New Calvary Baptist Church in Montclair, N.J., where Childress has served as pastor for 40 years, member Tami Dalger, the woman who talks about regretting her abortions, says she shares the hope of Christ’s forgiveness with other women who have already obtained abortions. But she also focuses on helping expectant mothers to know: “This is a life and life is precious.”

Alicia Chambers, 43, has also joined Childress’ work, and she tells women about the sorrow of undergoing four abortions in the past. After one abortion for a baby due during the month of May, she didn’t recover for years.

Chambers says she understands from experience the reasons many women in the African-American community pursue abortion, and says she received little counseling or encouragement about parenting options before aborting. When she asked for a pregnancy test from a Planned Parenthood center, she says, workers gave her the positive result—and a list of places to seek an abortion.

She says if a woman doesn’t have a support system, abortion is very tempting. “You go to the clinic and you may see a few people protesting outside, but you’re thinking: OK, what other options do I have?” she says. Chambers doesn’t tell women raising a child will be easy, but she does tell them, “You’ve got to think of that child’s life as well as your own.”

TWO STATES OVER, in Connecticut, Christina Bennett has spent years sharing the same message with women.

Bennett grew up in the church, but says she never thought much about abortion until meeting pro-life leaders in college. She was also compelled by a story she learned about her own birth: When Bennett was in her 20s, her mother told her she nearly aborted her.

Her mother says she was weeping in a hospital hallway when a kind janitor encouraged her to keep her child. She canceled the abortion. 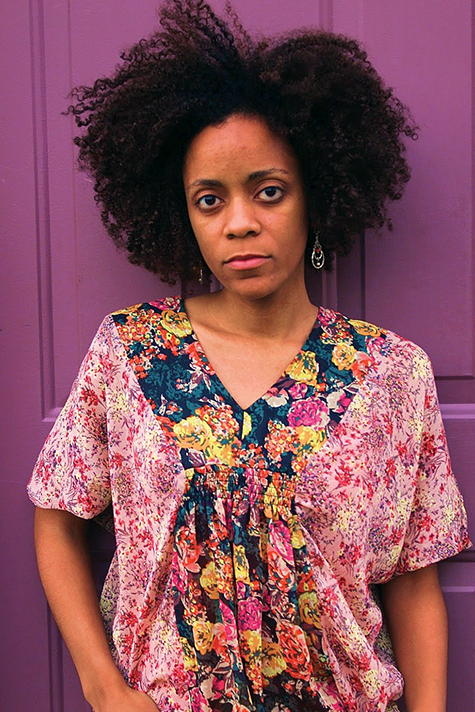 Bennett went on to work at the Justice House of Prayer in Washington, D.C., and Atlanta, praying and working for an end to abortion. Later, she moved to Connecticut and worked for a local pregnancy center, and now serves as communications director for the Family Institute of Connecticut. She says it’s critical to speak with compassion and care about abortion and the high rate in African-American communities.

Instead, Bennett says she tries to build bridges and show concern for all the issues affecting the community, including abortion. For predominantly white pro-life groups, she says, it’s important to connect with African-Americans and build relationships as a foundation for expressing concern about black abortion.

A few years ago, Bennett cultivated a relationship with Joy Adedokun, a student at Wesleyan University in Middletown, Conn.

Adedokun is now a senior and the leader of a pro-life group on the predominantly white and liberal campus. She says most of the members of the group (including her) are women of color—something she says is an advantage when trying to talk to others about abortion: “They can’t say we’re white Republican men who want to take away their choice.”

Though she grew up in a Christian home, Adedokun says she didn’t have a clear pro-life understanding until she went to college. She reached out to Bennett and visited the pregnancy care center: “I absolutely fell in love with the place.”

Today, her pro-life group, Wesleyan Women and Children, is a chapter of Students for Life and encourages pro-life dialogue on campus. She attends some of a pro-abortion group’s events to hear what they discuss and to ask questions.

One of those groups, the Wesleyan Doula Project, sends student volunteers to local abortion centers to support women through the process of having abortions. They might watch children mothers brought along or hold their hand through an abortion. “It’s very sad,” says Adedokun.

Adedokun says students in her group volunteer at the local pregnancy center, and they show pro-life films on campus. When a health center email last year welcomed students who obtain an abortion to drop by the health center for a post-abortion kit of tea, cookies, and other items, Adedokun and other students objected. Workers in the health center wrote another email, clarifying they weren’t trying to trivialize abortion.

Working in such an environment isn’t easy. “It took a leap of faith,” she says. “But my faith in Christ has grown.”