The Rev. Clenard Childress uses controversial sign to protest NAACP's support for abortion that features a Confederate flag and an aborted baby at the organization's annual meeting held in Philadelphia, Pennsylvania, in July 2015. 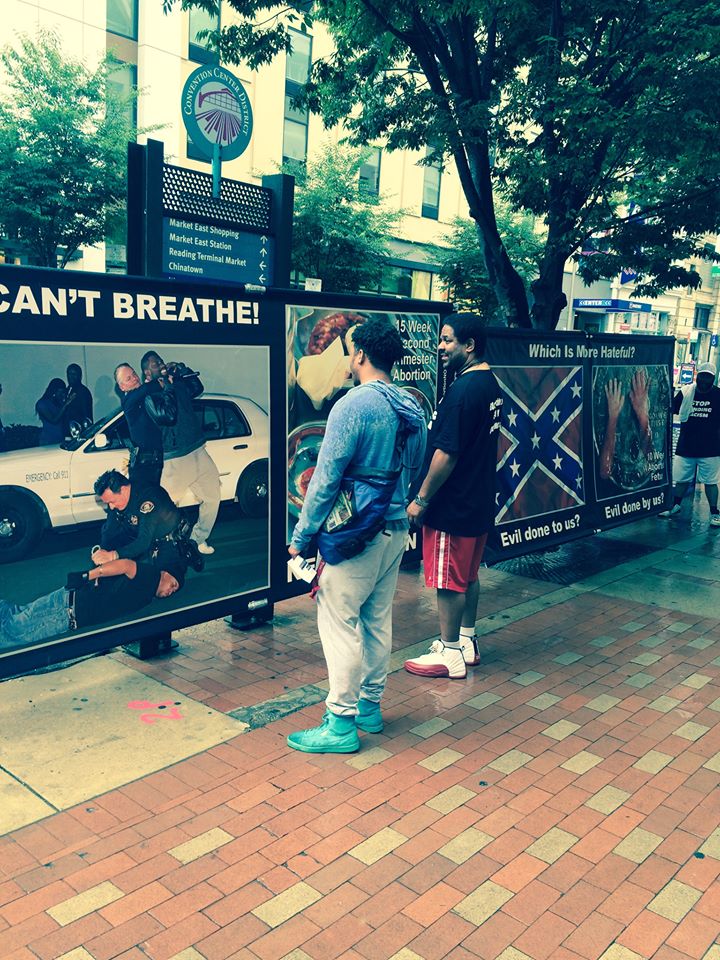 A black New Jersey pastor and pro-life activist protested the NAACP's support for abortion at the organization's convention held in Philadelphia last week, where he posted a sign that included both an aborted baby and a Confederate flag.

Rev. Clenard Childress, the president of the Life Education and Resource Network, the largest African-American pro-life group in the U.S., used this sign that read "Evil done to us" under the Confederate flag, and "Evil done by us," under the aborted baby to communicate his message.

Childress blasted the NAACP for supporting what he believes is "racist genocide." His website, BlackGenocide.org, equates abortion with genocide, features information on Planned Parenthood, and even provides shocking information about Margaret Sanger, the founder of organization.

Childress has also spoken out against President Obama for his support of un-regulated abortion and has called the commander-in-chief a "hypocrite" for being an advocate for Planned Parenthood, which receives over $500 million in taxpayer funding every year.

In 2013, Childress penned a blog for Eurweb.com titled "The Epitome of Hypocrisy… Obamacare" where he spoke out against the healthcare policy's funding of abortions.

"The recent sting involving Deborah Nucatola, Planned Parenthood's senior director of medical research should not surprise anyone," wrote Childress in a blog from July 17. "The good news also here is that this executive is just one of many who are seasoned and trained how to market body parts, thus increasing the profits of Planned Parenthood. This organization is only following its roots which are buried deeply in eugenics and entrenched is callous acts of the worst depravity: practices enacted for the sole purpose of profit."

Childress is currently campaigning to reverse the NAACP's 2004 decision to endorse abortion.

The Christian Post reached out to Childress for comment, but he did not respond by press time.

He is not alone among black leaders calling abortion a genocide of their race. Louisiana state Rep. Katrina Jackson, D-Monroe also believes abortion is plaguing the African-American community. Jackson spoke out against the practice during a House Health and Welfare Committee Meeting at the Louisiana capitol on March 19, 2014.

"The number one genocide in the African-American community, and why we're becoming a minority of minorities, is because most of our babies are dying in the womb from abortions," said Jackson during the committee meeting. which featured pro-choice advocates who said abortion was a benefit to the black community for pregnant women who could not afford to have children.

In an interview with CP, Jackson explained how she responded to some of these comments.

"The comments regarding African-American women were that abortion helped them make a choice when they couldn't take care of their child. And I told them that wasn't a cure. If you want to really cure the situation that's going on socioeconomically with everyone, you do that by supporting measures that give people and hand up, and not a handout," said Jackson to CP.

"I'm very passionate, especially when you're looking at the African-American community, because those in the pro-choice community have been attempting to sell us on abortion being a way out for women who can't afford to have their baby," added Jackson.

This article was re-published with additional commentary at TheFederalistPapers.org 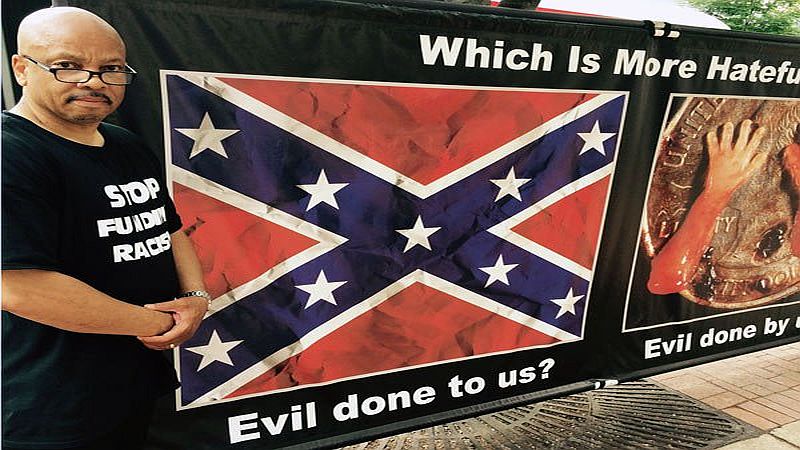 Two of the most controversial stories of late have to do with abortion and the Confederate flag.  Who would have thought that an African-American pastor from New Jersey would have found a way to tie the two together as the basis for his protest against the NAACP’s liberal politics.

This man is very courageous.  He knows he is going against the views of a vast majority of the black community with his strong pro-life stance, yet here he is right in the face of the NAACP convention.

And, Rev. Childress has also spoken out about the recent undercover video showing a Planned Parenthood official discussing the sale of aborted baby body parts.

Rev. Childress joins a growing movement among African-American pro-life advocates, such as Dr. Alveda King, in their denunciation of Planned Parenthood’s racially-motivated business practices of locating most of their abortion clinics in minority neighborhoods.

We can only hope more people will listen to what he has to say.  His advocacy for the lives of unborn black babies stands in direct opposition to President Obama’s radical pro-abortion views.